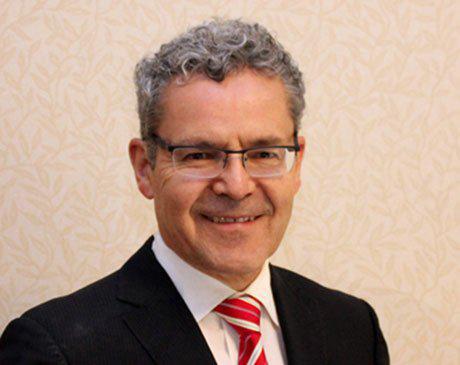 Carlos “Fernando” Bazoberry, MD, a founding partner of Boston PainCare, set out to fill a need in chronic pain care and management. The native of Bolivia has more than three decades of experience as an interventional pain specialist and anesthesiologist for over three decades. He treats patients at the practice’s Waltham, Massachusetts, location.

After earning his medical degree from one of the most prestigious higher academic centers in Bolivia, Universidad Mayor de San Andrés, Dr. Bazoberry moved to the United States. He completed his residency in internal medicine at Newton Wellesley Hospital in Boston and then his residency in anesthesiology at Brigham and Women’s Hospital, also in Boston.

After joining the staff at Milton Hospital in Milton, Massachusetts, as both an anesthesiologist and interventional pain specialist, Dr. Bazoberry joined Greater Boston Anesthesia Associates before founding Boston PainCare.

In addition to board certifications in pain medicine and anesthesiology, Dr. Bazoberry and Boston PainCare colleagues received recognition from the National Committee for Quality Assurance for enhancing patient care and quality.

Dr. Bazoberry is passionate about assisting people in times of need, such as during public unrest and armed conflicts in the Andes and the Amazon. He volunteers with multiple health programs and was a founding member of Children Without Borders, which helps disadvantaged children with complex medical programs all over the world.

We are a group of dedicated physicians who sought to fill a gap in pain care when we started our practice in 2007.  After years of treating patients with chronic pain in a hospital setting, we came together to find a better patient-centric concept to treat and manage pain.  We are extremely proud of our innovative, patient-centered approach and are the only pain management Patient Centered Specialty Practice (PCSP) in Massachusetts recognized by the National Committee for Quality Assurance (NCQA).

Our team includes highly skilled physicians, board-certified in pain management, anesthesiology, neurology, psychiatry, and sleep medicine, along with behavioral therapists, nurse practitioners, and other staff members who work together to develop a successful treatment plan for each patient in our care.

While chronic pain can be complicated and treatments can be confusing, we believe that there is always an answer— And with understanding, patience, and pain management expertise, we can help you achieve your best quality of life.

We promise you that we will do everything we can to help you manage your pain. Together, we’ll explore treatment options to reduce your pain levels. Our goal is always to improve your quality of life, improve your function, and get you back to the activities that you enjoy.
‍
It’s time to believe in getting better. Believe in yourself. Live Again!
‍
The Convenience of an On-Site Surgery Center
At Boston PainCare, we understand that surgery can be overwhelming in and of itself, so we custom-designed our facility to make the experience as comfortable as possible. A typical hospital surgery can begin with huge parking lots, hallway mazes, and frustrating waiting time. Here, at Boston PainCare, you’re welcomed with free parking steps from our front door, an effortless check-in, and an inviting atmosphere. Our outpatient surgery center is equipped with state-of-the-art operating rooms, private recovery areas, and a relaxing waiting room with complimentary Wi-Fi. Our patients find it’s a refreshing difference.